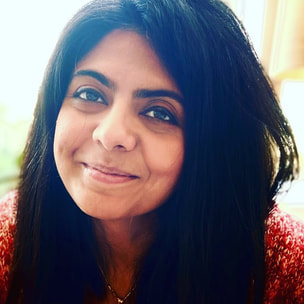 ​
Megha Wadhwa, Ph.D. is presently a Research Associate at Freie Universität Berlin. She is also a visiting fellow at Sophia University Tokyo. Her work focuses on Indian Diaspora. She is also the author of ‘Indian Migrants in Tokyo: A Study of Socio-Cultural, Religious and Working Worlds.’
Megha is originally from New Delhi and had been a resident of Japan from 2007- 2021. Before moving to Japan she was working for Marubeni India, the fifth largest trading company in Japan. In 2011, she joined Sophia University for her Masters. Her topic of research reflected on the life of women in India after marriage. Later in 2013, her research focused on Indian migrants in Japan. Her research on Indian migrants still continues and she is presently located in Berlin, Germany. She also a trained in documentary filmmaking. Her recent documentaries are ‘Daughters from Afghanistan’ (2019) and a 7-minute documentary on Indian cooks in Japan (2020). She is a freelance writer for the Japan Times and has written several articles on the Indian community in Japan, among other subjects. ​​